WHAT IS ASTROLOGY? WHY SHOULD YOU CARE?

Exploring the Significance of Your Birth Chart & Natal Chart

Astrology is a deep and intricate science of the effects the planetary and celestial bodies have on our lives. Your natal chart is a snapshot of the sky at the moment of your birth.

The position of the stars and aspects that these celestial bodies make to each other can tell you a lot about your predisposition of how you act, feel, think, perceive and experience the world in this lifetime.

There are many different schools of thoughts and ways to read and utilize astrology and for the sake of these articles will be referencing Western Astrology. Astrology is based on the seasons, starting with Aries at the spring equinox and moves through Taurus, Gemini, Cancer, Leo, Virgo, Libra, Scorpio, Saittarius, Capricorn, Aquarius and Pisces.

The 12 different sun signs of the zodiac embody the breadth and depth of the human experience, different characteristics and talents, gifts and challenges, and how we embody the elements in the physical realm.

What Do The Celestial Skies Say About You?

Enhance your awareness and unlock the secrets of the cosmos with an in-depth, personalized birth chart, natal report and future forecast transit report.

GET YOUR REPORT NOW!

Breakdown of Astrological Signs and Their Characteristics

The cardinal sign of Aries (March 21-April 19) begins the Zodiac. Aries is represented by the ram, ruled by Mars and embodies the bold and active element of fire.

Taurus (April 10- May 20) is represented in the stars by the bull, ruled by our home planet Earth as it embodies the Earth element. Taurus characteristics are fixed, sensual and ardent.

Gemini (May 21- June 21) is symbolized by the mutable twins and is ruled by the planet Mercury. The highly intellectual and charming sign embodies the element of air and are fluid and transformative.

The watery depths of Cancer (June 22-July 22) is ruled by the Moon and is known to be highly sensitive. This cardinal sign is objectified by the crab with its hard outer shell and soft insides, deeply embodying the element of water.

Leo (July 23- August 22) the regal lion of the stars and is ruled by the Sun. This fixed sign is loyal and fierce and brings fire to the stars.

The virgin maiden Virgo (August 23-September 22) is a mutable Earth sign. Virgo is ruled by Mercury and is often known as a practical perfectionist.

Libra (September 23-October 23) is represented by the scales in the stars. This cardinal air sign is ruled by Venus and its mental idealism and charm leaves this sign always striving for balance.

The scorpion of the zodiac is represented by the mysterious water sign Scorpio (October 24-November 22). This fixed sign is highly charming and intuitive and is co-ruled by Mars and Pluto.

The fiery and mutable adventurer Sagittarius (November 23-December 21) is symbolized in the stars by the archer. It is ruled by the expansive giant Jupiter and is often bold, lively and optimistic.

Capricorn (December 22-January 19) is the sea-goat of the zodiac. This cardinal Earth element is known for its intelligent and practical characteristics. This sign is ruled by the gas giant Saturn and can complete any mission with persistence.

The fixed air sign of Aquarius (January 20 - Febuaray 18) can be found in the stars as the water bearer. This highly intelligent and optimistic sign co-ruled by Saturn and Uranus. This sign is known for their visions for a bright future.

The final sign of the zodiac is the mutable water sign of Pisces (February 19-March 20). This sign is represented in the stars by two fish oscillating between this world and the other worlds. Co-ruled by Jupiter and Neptune this sign embodies a highly dreamy and sensual vibe.

Astrology can be used as a personal guide map for finding the goldmine of wealth and abundance spiritually, physically, emotionally and mentally. There are endless combinations of these zodiac signs that can be expressed in your chart and no two charts are exactly alike so this becomes an amazing and unique blueprint for life.

It is worth mentioning that your natal chart is an extremely useful tool, but, we live in a world where free will is a factor in your life. You ultimately get to choose your fate. You have the power to choose what path you follow and you always have the opportunity to change if you feel uneasy about which way you’re headed. 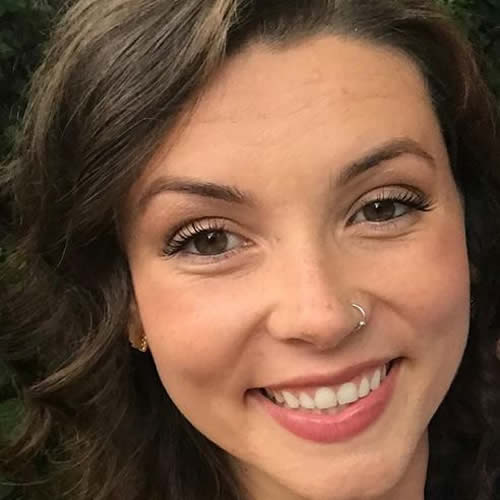 Allison Graham | A student of life, Allison explores the crossroads of ancient wisdom and modern knowledge to understand why we are here and how we can live in harmony with ourselves, each other and the Earth. Connect with Allison on Instagram.